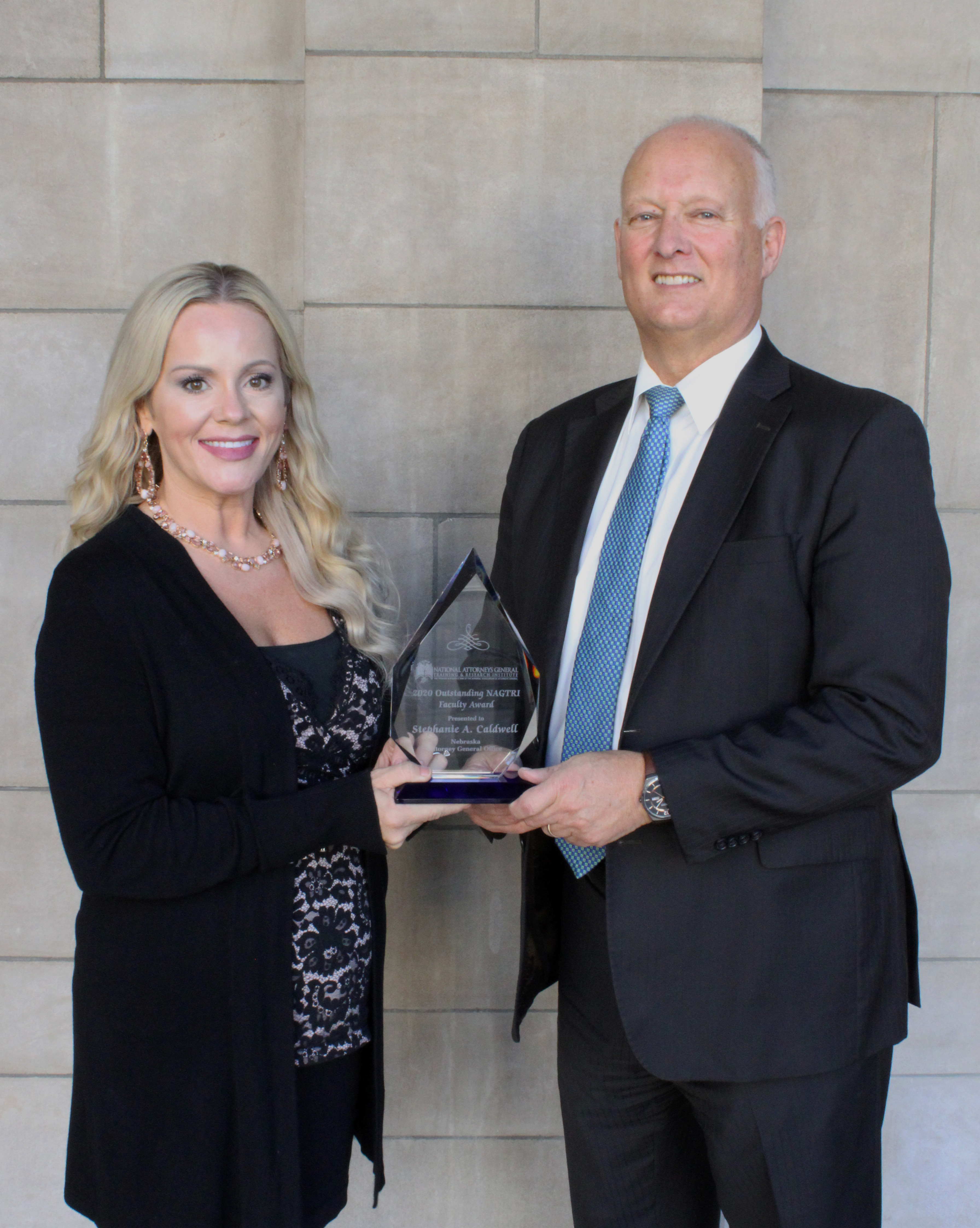 The National Attorneys General Training and Research Institute (NAGTRI), the training and research arm of NAAG, recognizes faculty members who have significantly contributed to developing and presenting quality legal training for their counterparts in attorney general offices. The recipient of the 2020 Outstanding NAGTRI Faculty Award is Stephanie Caldwell, an Assistant Attorney General in the Civil Litigation Bureau of the Nebraska Attorney General’s Office.

Stephanie graduated from the University of Nebraska with a B.A. in Political Science and Spanish and received her J.D. from the University of Nebraska School of Law. Serving in the Attorney General’s Office, she has practiced in complex litigation involving a wide variety of legal issues, including tort, civil rights, employment law, inmate litigation, declaratory judgment, constitutionality issues, administrative law, and appellate work. She has appeared and argued before the 8th Circuit Court of Appeals, the Nebraska Court of Appeals, and the Nebraska Supreme Court.

NAGTRI offers national and mobile courses to attorneys general staff from across the country for specialized training. For the past four years, Stephanie has presented on various topics, including trial advocacy, deposition skills, negotiations, defensive state litigation, and paralegal training.