Stephen Patrick O’Meara of the Nebraska Attorney General's Office has announced his intent to retire on November 30, 2016. His considerable experience made him the ideal expert to form the Nebraska Human Trafficking Task Force (NHTTF) and to serve as its first Coordinator. O'Meara planned and executed the NHTTF Strategic Plan, a critical foundation in the battle against human trafficking in Nebraska and a fitting legacy of his public service. He will be followed by Glen Parks serving as the NHTTF Coordinator.

“I am grateful for the hard work and service Stephen has provided to the state of Nebraska and our office. His experience as a U.S. Attorney in fighting and prosecuting human trafficking has been extremely valuable in the formation of the battle against human trafficking in Nebraska”, said Attorney General Doug Peterson, “And I greatly appreciate his recruitment of Glen Parks to continue the work going forward with the NHTTF."

Glen Parks joined the Nebraska Attorney General’s Office in August to assist in the ongoing formation and operation of the Nebraska Human Trafficking Task Force, working alongside Stephen Patrick O’Meara and Amber Schlote.

Parks graduated from the University of Nebraska-College of Law in 2001 and clerked at the Nebraska Supreme Court for the Honorable John M. Gerrard, and initially worked as a litigator at a full-service business law firm in Lincoln.

Parks then spent nine years in India, fighting sex trafficking there as legal director of an anti-human trafficking organization and helping develop a border monitoring strategy for Tiny Hands International, a group stopping human trafficking across the Nepal-India border.

Returning to Nebraska in 2015, Parks clerked again at the Nebraska Supreme Court, this time for the Honorable Stephanie F. Stacy before joining the Attorney General's Office.

The AGO's fight against human trafficking began in earnest with the completion of an application for a federal grant by the Office of Justice Programs from the U.S. Department of Justice. In October 2015, the AGO was awarded a three-year grant specifically for law enforcement agencies and victim service providers. It was awarded in collaboration with the Salvation Army, the AGO receiving $600,000 and the Salvation Army receiving $900,000 for a total of $1.5M.

A significant imperative of the NHTTF is education of law enforcement and service providers. To this end, the NHTTF has conducted two-day trainings in Hastings, Scottsbluff, North Platte, Ralston, and Norfolk. Additional trainings in Lincoln and Boys Town will occur in the coming weeks. The trainings have been attended by over 430 law enforcement and service providers and will form the basis of the regional response teams, which will be operational in 2017. 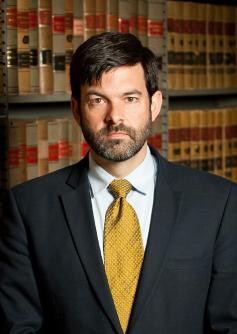